The Story Behind The First Adopted Gerber Baby 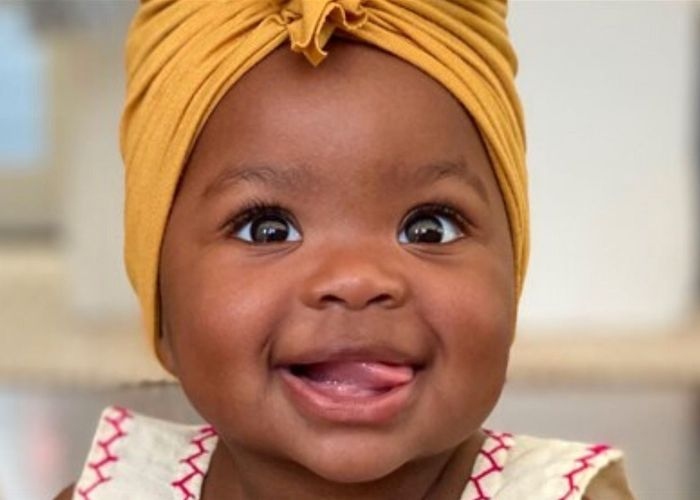 For the first time in Gerber history, they have a Gerber baby who was adopted with their new sweepstakes winner, Magnolia.

Gerber is a well-known and trusted brand when it comes to baby food and baby products. With the company being around over 90 years, it has had a place in families’ hearts for generations. The original logo for Gerber was based on one baby but since then Gerber has opened its doors for a Gerber competition where a baby can be the face of Gerber for a whole year.

The Gerber sweepstakes is still a new idea from the company with it only having its 10th year anniversary. And now for the first time in Gerber history, they have a Gerber baby who was adopted with their new sweepstakes winner, Magnolia.

The Gerber Photo Search competition, which is to be the featured baby for the company for a whole year, is a very popular sweepstakes throughout the United States. In a statement released by Gerber, Magnolia was chosen to be the new Gerber baby out of more than 327,000 entries submitted by parents across the country. In these entries, families share pictures, videos, and stories about their little ones in hopes to become the next Gerber baby.

And the judges said that Magnolia “captured the hearts of the judging panel with her joyful expression, playful smile and warm, engaging gaze.” The Earl family was awarded $25,000, baby clothes, and phones with one year of unlimited service for winning their photo search competition. Magnolia now follows the footsteps of Gerber Photo Search babies the such as the first Gerber baby with Down Syndrome and the first Gerber baby of Hmong descent.

Magnolia is a one-year-old from California who was adopted by Courtney and Russell Earl and has become the Earls third and youngest daughter. This is the Earls second adoption after their middle child Charlotte, 8, was also adopted. The Earls brought home Magnolia over a year ago and waited six months until they officially got the call saying that Magnolia was officially their daughter.

Courtney reflects back on the day Magnolia was born by saying, “on May 9th, 2019 we received a call from the Adoption Agency that there was an expectant mom that was in labor and wanted to talk to us!” This was the day that the Earls got a chance to speak with Magnolia’s birth parents to discuss Magnolia being fostered by the Earls.

With Magnolia winning the Gerber photo search competition and becoming the first adopted Gerber baby, she is able to have people start a conversation about adoption and how families can come in all shapes and colors.

Courtney Earl has stated that “Adoption is incredibly special to our family’s story.” With two of their three daughters being adopted, the Earl family is now able to show the world that families don’t have to be blood. What a family is has come a long way from its original definition and is now become a word that can describe people who all look different but are still family.

Adoption is a great choice for couples who are unable to conceive on their own or for families looking to add another loving human to their home and life. With Gerber selecting an adopted baby as their Photo Search winner, they’re showing that families can be diverse. This is a great opportunity for Gerber and the Earl family to help open up the conversation about adoption and how it can benefit people and families all across America.